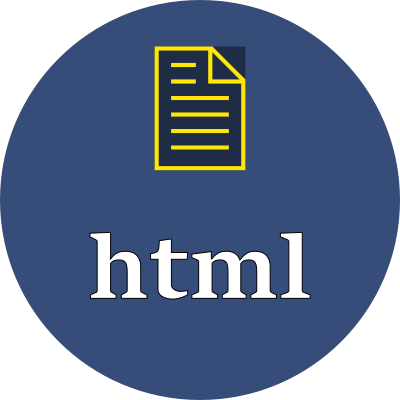 The html element is the outermost envelope for the composition. It is often called the root element because HTML uses a hierarchical structure.

The html element comprises exactly two descendant elements: the head element which describes the document, and the body element which contains the composition itself.

lang
The natural human language of the document's written composition.
Use BCP 47 for guidance on how to code this, for example:

head
The head element comprises subordinate elements for the purpose of describing the document, its context, and its dependencies.

body
The body element comprises all of the elements that control the layout and structure of a document, plus all of their subordinates.