Add inflection or meaning to words 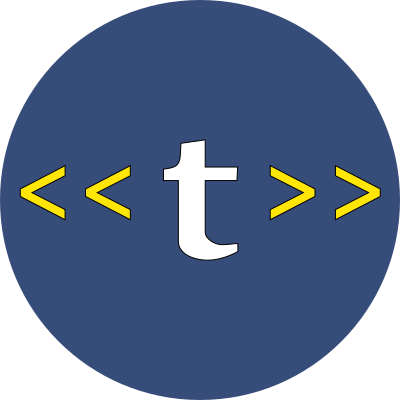 Use term phrasing for characters, words, or short phrases that are part of a basic phrase, but that carry their own inflection and meaning.

Term phrasing is delimited by two less-than signs << and two greater-than signs >>. Both delimiters must be on the same line; they cannot carry across line breaks.

Term phrasing is one of the three essential syntactic forms used in the BLUEPHRASE language. The other two forms are container phrasing and basic phrasing.

Term phrasing begins with semantax, which is a short mnemonic character sequence that identifies the phrase's semantic role. There is a long list of special purpose semantax, but the most commonly used ones are em for emphasis, i for italics, strong for urgency, and b for bold. Anyone familiar with HTML will recognize these.

Semantax may be implied from its enclosing context, in which case it does not need to be explicitly provided by the author. For example, the table data td semantax is implied when the basic phrase is a table row tr.

Term phrasing may specify attributes (such as identifiers, classnames, styles, and so forth) immediately after the semantax, in accordance with the rules for BLUEPHRASE shorthand notation.

Here is what term phrasing looks like within the body of a manuscript.